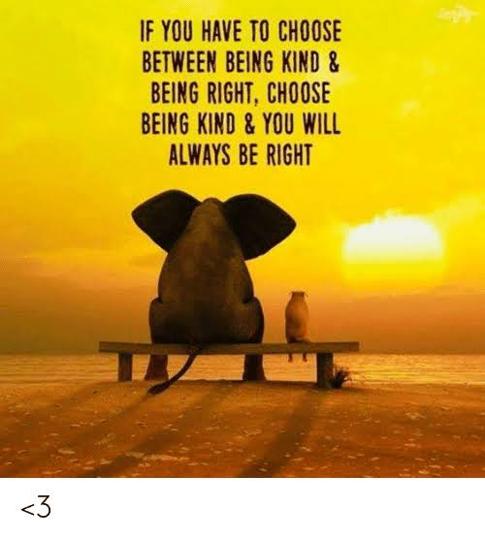 Go on and help someone who may not be able to return the favour. Or help people overcome their little fears, without showing any condescension. It will make them, and you, happier than you imagine!

Next time when I say ‘excuse me’ to someone and they reply with ‘excused’, I will deliberately bump head-on into them. There, I’m officially becoming short-fused. Pata nahi yaar, one has lost patience even for smaller, harmless idiocies that would have otherwise made one smile, because there’s such monumental stupidity on display everywhere these days. Life has become this senseless tamasha, where all that you see is people debating with each other on who has the right to be more outraged.

Everyone seems angry about something. Regardless of whether you are Right-wing or Left-wing or BJP or Congress or Rahul or Modi, whether you are Hindu or Muslim or rural or urban or Indian or Syrian or American — don’t you feel and see bitterness and anger, in general? And although most of us know that this anger is engineered by vested parties, fuelled on by polarised media, and spread by social media warriors, the point is, it leaves all of us drained and exhausted every single day.

So, what to do for calmness? I have realised that when stress captures you through situations beyond your immediate control, what works like magic to bring instant joy are random acts of kindness. Kindness that isn’t expected or planned, kindness that doesn’t take much thinking, kindness that isn’t done as an in-your-face favour to the recipient.

Recently, I was waiting to board a flight at an international airport, and like everyone else, scrolling social media on my phone like a maniac. Ten minutes of reading people’s Facebook statuses and Twitter abuses to each other, and my blood pressure was up north. Just then, a voice interrupted my distress. ‘Indian you are?’ I looked up, to see a young girl, almost in tears. ‘Haan, aap bolo,’ I replied, and the Hindi put her face immediately at ease. “Mujhe announcement samajh nahi aa rahi,” she said, describing how she got separated from her group of tourists, and was in utter panic that she couldn’t find her gate, or follow announcements about flights. I had a lot of time before boarding my flight, and the long walk to her gate with her just didn’t seem long at all. When I saw her off to where the rest of her group was, the look on her face helped me more than any anti-anxiety pill could have done.

This isn’t the first time I felt the urge to go the extra mile, to help someone who was in need for no reason other than being in unfamiliar surroundings. It doesn’t even seem like help, let alone a favour, but still brings an unexplained sense of joy.

This isn’t the first time I felt the urge to go the extra mile, to help someone who was in need for no reason other than being in unfamiliar surroundings. It doesn’t even seem like help, let alone a favour, but still brings an unexplained sense of joy.

I’m sure you all encounter such situations all the time. Let me give you an example.

The malls in our cities and towns have been developed on the Western model, and most shoppers enjoy the facilities. But you’d ALWAYS find someone hesitating a bit at the bottom of the escalator. It could be an elderly person, or simply someone who isn’t used to it. It’s the easiest thing to brush them aside and go up. But it’s so, so beautiful to hold their hand and help them up once, so that they are able to do it on their own without their heart thumping, from then on.

You know, the first time I did it, I was so worried that they’d refuse assistance, and I’d be left looking like an elitist fool who was judging people. But I realised that whether that happens or not completely depends on how you offer that help. Remember: You don’t have to make a scene of helping someone. The more discreet, the better. There was this old woman whose entire family had gone up on the escalator and she was standing on the side, pretending to adjust her sari, delaying stepping on to the escalator. I sensed her fear and offered her my hand…but I tried to do it in a way that even her children wouldn’t have noticed. She gave me a smile that will stay with me. Always.

Similarly, you’d always find people around you who are stopping themselves from availing comforts that they can afford, simply because the fear of being judged weighs on their mind. Visiting a spa is such as example. My mom can afford it, but she has never been to one. She, like a whole lot of us middle-class Indian women, finds it easy to hide behind the excuse of calling it a fad, rather than trying out an experience that’s basically relaxing but gives them the jitters only because they don’t know how it works.

We feel someone will judge us because we don’t know how to behave in a certain way, while forgetting that someone needs our money to survive, and, therefore, isn’t really in a position to judge us, anyway.

How lovely would it be, for someone to just take my mother through a spa day — or anything nice she hasn’t tried before — in such a way that she doesn’t feel condescended upon. I, of course, can’t be the one to do it, because parents in our country forever exercise the right to shut you up, no matter what age you are.