The Opposite of Kindness 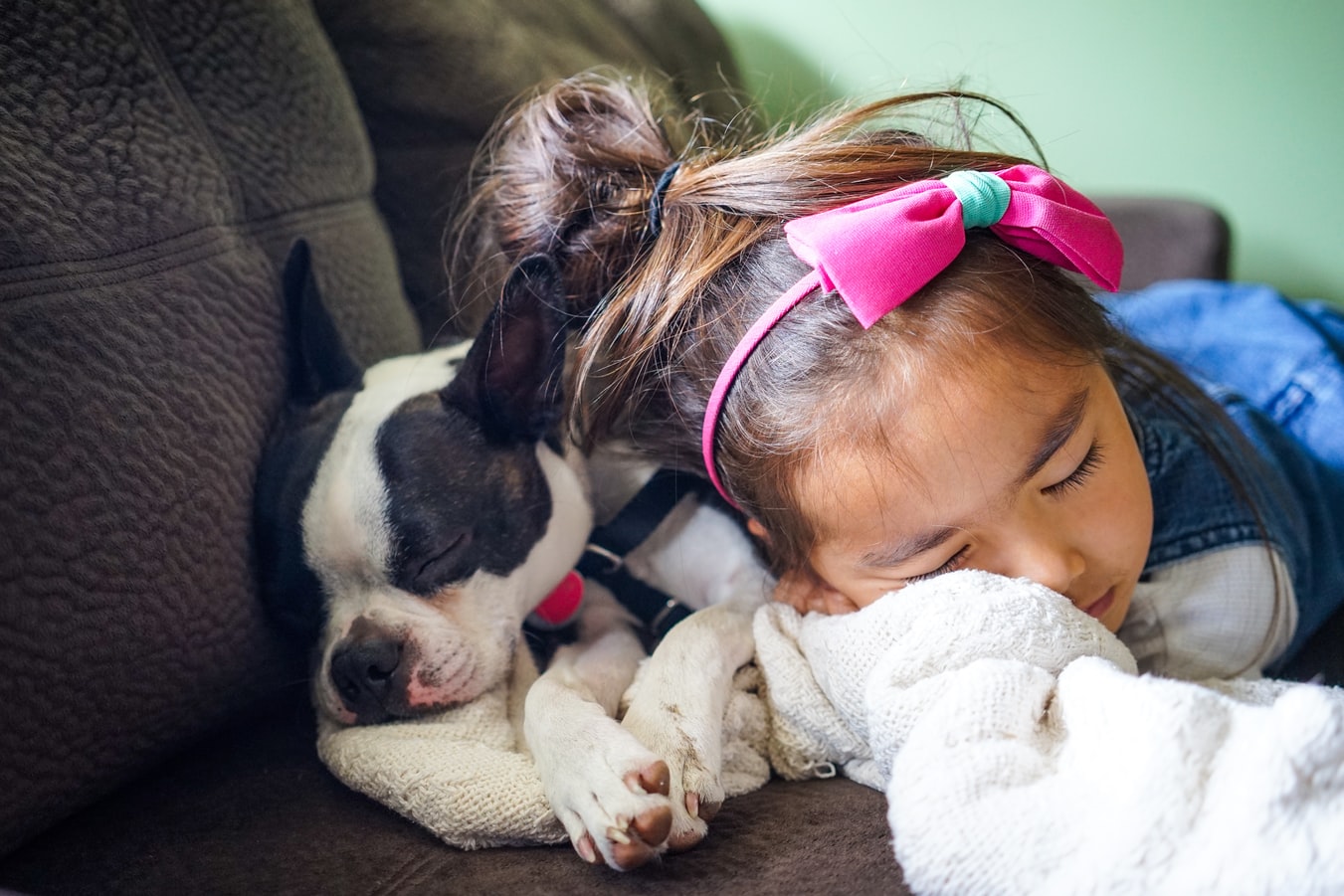 12 Dec The Opposite of Kindness

Ever wondered what is the opposite of kindness? Is it to be unkind or something else?

What is the opposite of kindness according to you? Is it inflicting harm on someone? Not so in my view. What is it then, you ask?

Two years ago, I was traveling with Suvi in his car through a busy market. I have known Suvi for over two decades and his devotion and love towards me baffles me to this date. It was the month of June and it was icy cold. The heater was on full blast in our car and people outside were walking about with hands in their pockets, chattering teeth and exhaling vapors for breath. Just kidding. If you know North India (or Chennai!) then I don’t have to tell you what the weather conditions were like in the month of June.

The sun was spewing fire like a giant dragon hell bent on burning down the entire planet. We were comfortable in our car (all thanks to Mr. Carrier for inventing modern air conditioning more than a century ago). People were not just sweaty, they were singed in the scalding heat. There was not a tree, flower or even a blade of grass to be seen. All around us were only concrete shops, stressed out pedestrians, haphazard traffic, unlawful carts and parked vehicles. We stopped on the roadside (perhaps adding to the list of those illegally parked vehicles) and Suvi went to the nearest pharmacy to buy lozenges for me while I sat in the car.

Casually, I looked to my left, only about four or five feet ahead, an oldish lady was sitting on the pavement selling walnuts. She was guarding a small basket of her goods. I felt a wave of sadness wash over me. What could be her story? I thought. Where are her children? Can they not provide her a square meal? Haven’t we failed her as a nation? Does she manage to sell anything? Walnuts in this weather? Wonder where she sourced them from? What the hell! My sadness turned into a bit of frustration, I even felt guilty for enjoying the comforts life’s been kind enough to offer me.

Just when I was embroiled in my thoughts, a man stopped on his scooter. He turned off the engine and spread out his legs to stabilize, his feet touching the ground. I rolled down the window to hear their conversation.

“Are these good quality?” he leaned forward and asked in a firm voice, more than necessary.
“Yes, sir.”
“How much?”
“Rs. 100 for 250 grams!” she replied taking a handful in her palms and extending it towards him so he could see the quality.
“Are you out of your mind?” the man said. “I can buy better quality at a better price in a proper shop.”
“These are Kashmiri walnuts, sir,” the lady said, almost pleadingly.
“I would like to taste first.”

She withdrew her palm. I knew exactly what she was thinking. If every potential customer tasted her walnuts and no one bought or only a few did, she would make a loss. She wasn’t keen on giving him a walnut for just tasting. A few seconds passed.

“You will buy, right?” she said in a feeble voice.
“Why, you think I have stopped to pay you my obeisance?” (Aur teri aarti karne ke liye ruka hoon.)

Unwillingly and a bit slowly, she cracked a walnut and gave him one half. He told her to give the other half too. The man ate the walnut, threw the shell on the road and told her that he wasn’t convinced about the quality. He talked the lady into giving him another walnut which she did. He had this authority in his voice that easily overpowered the old woman who knew that only a handful of prospects would stop in a span of ten hours. She couldn’t afford to lose any chance of earning her evening meal.

The lady was overjoyed, she immediately lifted her weighing scale, pulled out a small paper bag made from some old newspaper and filled it with walnuts. Incredible! I thought, she would barely make a profit of Rs. 5-7, if that, and here she was grinning ear to ear.

“You guys are very clever,” the man said to her. “You show one thing and sell another.”
“I’m not like that, sir. I only have this small stock right in front of you.”
“I need to taste one from the bag to ensure you haven’t played any tricks!”

The lady took out a walnut from his bag, opened it and handed him both halves. For the third time, he ate and chucked the shells on the pavement.

“No good!” he said and started his scooter.
The lady became momentarily still like a statue, in shock. “You can give me two rupees less,” she said, frantically putting down the bag, scooping a handful of walnuts and once again holding them out. The man was already moving. “You can buy a smaller quantity for ten rupees,” she solicited loudly from behind. “Five rupees!” The customer was but long gone. Crestfallen, she adjusted her scale, emptied the bag putting the walnuts back in the small pile, folded the paper bag and slid it under the mat she was sitting on.

I got a bit upset and disturbed. I wasn’t angry at that man though, for there was little to no sense in that. It’s not like my getting crossed with him would somehow make him a better human being. Nature would teach him some other way. It always does. A minute later, Suvi came back. It took him longer because he had to go to another pharmacy to get the specific lozenges I wanted, he told me.

“Are you carrying some cash on you?”
“Ji Swamiji,” he said lovingly. “How much do we need?”
“However much you have,” I said.

We made a quick stop at the walnut lady so she could go home for the rest of the day, or more. We rolled up the window again and drove quietly till we reached our destination. That episode made me think deeply. Who’s going to repay the karma of that middle-aged man on his scooter? What price he’ll have to pay for that display of cunningness and insensitivity? Certainly some price.

I’ve not much to expound on what I’ve written. The story itself is my message. Nevertheless, at the beginning of this write-up, I raised a question: what is the opposite of kindness? Is it being unkind to others? No, my friend, it goes way deeper than that.

Just as an absence of light marks the presence of darkness, when we don’t experience kindness in our hearts, we are being unkind. To be unkind is not just about acting unkindly. It is also to not be kind when we can, to refuse to act kindly. And what is a kind act? When we act in a reasonable manner keeping the hita (benefit) of the other person at the fore, we are being kind. When we do so with a degree of sensitivity, caring about the sentiments of the other person, we are being kind. When we open our hearts and minds to possibilities, we are being kind. You can be firm, you can say no, you can push back and yet you can still be kind. In fact, without kindness, we can’t be either empathic or compassionate, much less forgiving or humble.

A travel agent was ecstatic looking at the bumper profits from the festive season just gone by when he saw a little old lady and an older man desirously scanning the posters of various destinations in the shop window. Feeling generous, he called them into their shop and said, “I know that perhaps on your pension you could never hope to have a holiday. But, I am sending you off to a fabulous resort in Hawaii at my expense.”

They tried to turn down the offer but the agent insisted that he was serious and that there was no catch. Eventually, happy as well-fed children with new toys, they accepted the offer and off they went. About a month later the old lady went to that shop again.

“Tell me all about it!” the agent said excitedly.
“The flight was comfy and the room plush,” she said. “I’ve come to thank you. But, one thing puzzled me. Who was that old man you forced me to share the room with?”

Kindness does not mean you do something without finding out what the other person actually requires. In other words, sometimes what you think is beneficial to the other person may not actually be of help to them at all. Kindness is being sensitive and open towards others. For, openness and sensitivity will automatically evoke the emotion of kindness in your heart. Once you experience that state, you will not only naturally act in a kind manner but will think and feel kind too.

Be kind to yourself and others. Towards everything and everyone.