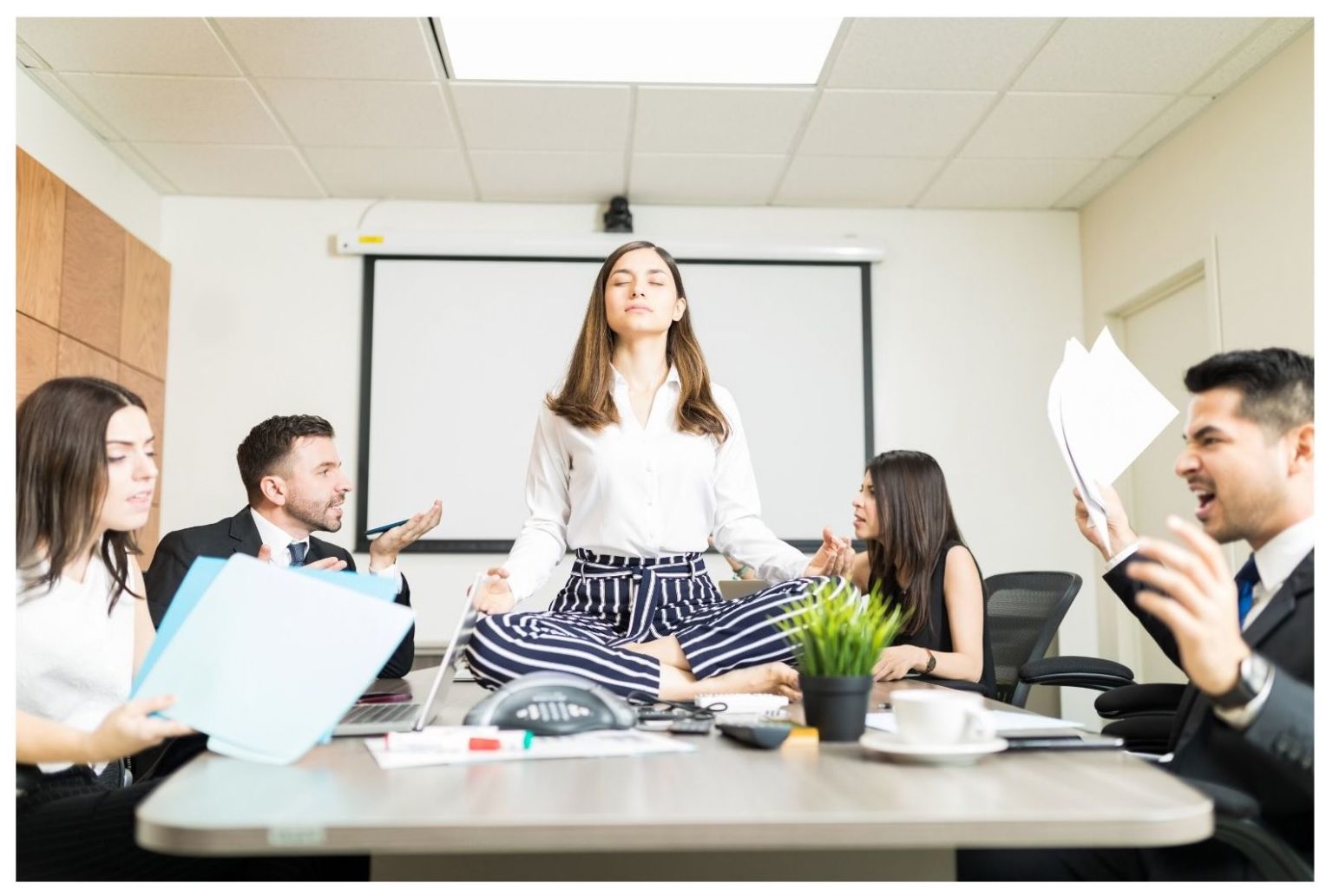 Posted at 13:51h in For Work, Meditation by Akshay Iyer 4 Comments
0 Likes

A note on how meditation can be a simpler and easier solution to some of the trickiest issues at the workspace.

In a punishing, dog-eats-dog world of corporate life, we are constantly on the move. Move from everywhere to nowhere. We don’t get time to sit and think about what we are doing. When one project/assignment/crisis has not even ended, another one comes up. People switch jobs and realize the new one is worse than the first one. And on top of all this, the superficial, make-believe attitude of pretending that everything is fine.

Cosmetics make women pretty, but make an office space ugly. Despite realizing all this, most of us have an urgent bias towards action. We instantly react to something we hear or read and want to share our first reactions with everyone. This probably aggravates the matter more than to solve it.

For example, lets see some of the cases as below:

Rajat, Kritika and Mitali, all had one thing in common. They all were egging for action, to ‘do something’ about what had happened with them. They felt like tearing apart this world out of frustration. Having been brought up with a lot of values and culture, it was not in their nature to talk bad about the seniors or the company. They had been told to accept things with humility. However, their mind was not in control. They were looking for some support.

In situations like these, our general tendency is to talk to someone. And at times, it’s difficult to decide whom to talk to. On office matters, talking to someone at work can lead to gossip and bitching. At home parents/spouses would definitely lend an ear and provide support, but most of the time, they cannot get the context and the deeper sense of pain that one feels.

These are instances where one needs inaction and not inaction. 10-15 mins of meditation at workspace, the process of emptying one’s mind of all thoughts and allowing for calmness and stillness can actually do wonders. Meditation cannot solve the problem, but it can help us to be able to face the problem and its consequences much much better.

Why to do Meditation at Workplace?

The reason meditation at work is now catching up really fast in corporates and office workers, is because of the information age and technology wave, the lives of the average corporate worker has become very complex. There is far higher quantum of stress even in day-to-day matters, leave alone the big problems as were encountered by Rajat, Kritika and Mitali.

Meditating at your desk or workspace is also a great option when one wants to improve personal/professional relationships. In today’s fast paced world, we don’t have the luxury of knowing all our colleagues at work really well. We are only interested in ‘getting the job done’. While it might not be our intention, this kind of outlook might make us look selfish and it might discourage people from getting closer. Meditation while working can help us look more ‘calm‘, at peace and more welcoming for free flow conversations.

Having a quiet room/meditation centre on the campus is now more of a ‘must’ rather than an option. It’s a private space on the campus for the employees to go and ‘find oneself’. However, meditation is not only needed for relieving stress. For uplifting of one’s mood as well, it works wonders. To be able to think clearly and positively about a new assignment or task, to be bereft of any preconceived notions or boxed ideas, meditation works equally well.

How to do Meditation at Work?

Once one is convinced on the need for meditation, the question remains on how one can systematically learn meditation. The answer is Black Lotus. The Black Lotus application handholds you through the remarkable journey of self-transformation by using the RARE framework.

● Reflect – You kick start your day with a guided meditation and breathing exercises
designed with individual goals in mind.
● Act – You are encouraged to perform random acts of kindness to help you give
something back to the world.
● Reinforce – You read remarkable short stories aligned with your current goal to help
reinforce crucial lessons.
● Evaluate – You end the day with a thoughtful reflection that helps you with simple course
corrections for transformative results.

The Black Lotus application is designed by Om Swami – one of the world’s foremost meditators and spiritual teachers. With more than 15,000 hours of meditation under his belt, Om Swami has demonstrated control over his body’s involuntary system under lab conditions with the sheer force of meditation. He is the bestselling author of more than fifteen books on meditation, wellness, and spirituality. His book on meditation, “A Million Thoughts,” has been hailed as the Bible of meditation by readers worldwide.

In summary, I would say this: Meditation at Work helps to declutter the mind and allow us to ‘see better’ even with our eyes closed