The Science Behind Mindfulness 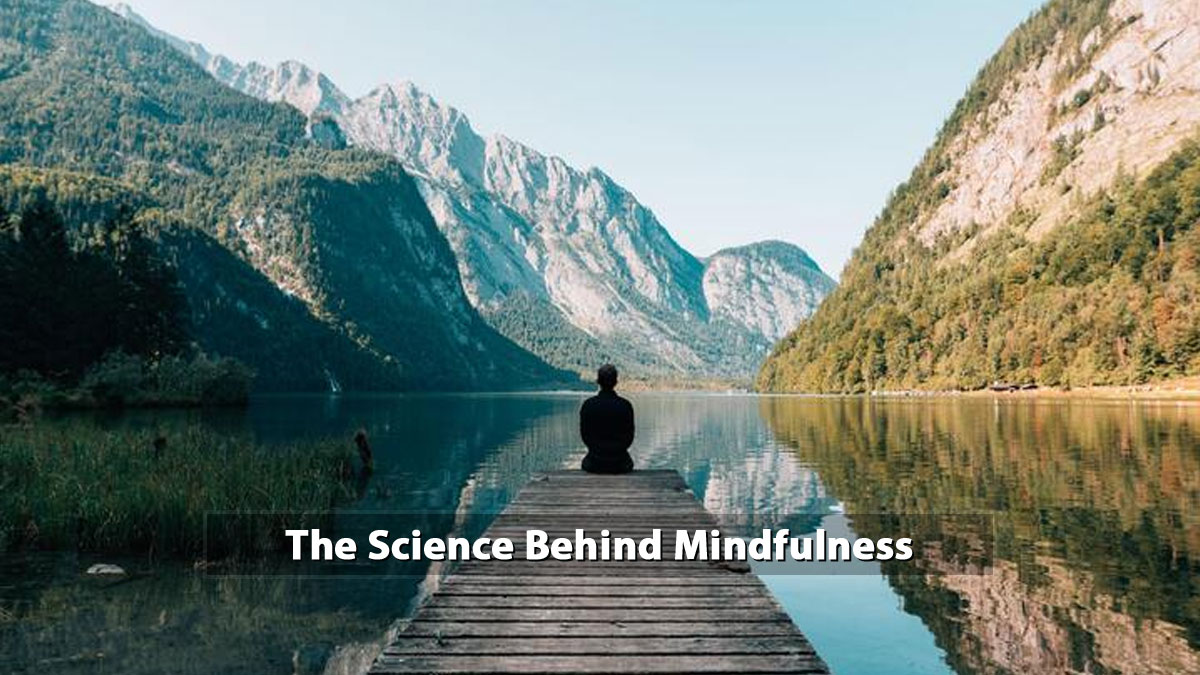 03 Nov The Science Behind Mindfulness

Posted at 04:43h in Mindfulness by Akshay Iyer 15 Comments
1 Like

Marc Benioff, the chairman, and CEO of Salesforce was asked how he manages to run one of the most innovative companies in the world. Marc’s response was an eye-opener. “Innovation is a core value at Salesforce. It is deeply embedded in our culture. This starts in the mindset of every person in the company — you must cultivate a beginner’s mind,” he pointed.

When pressed further, he revealed that “beginner’s mind is the practice of looking at the world with fresh, unencumbered eyes, and avoiding inside-out or homogenous thinking that can lead to blind spots and missed opportunities.”

To ensure that employees cultivate the beginner mindset, Mark has ensured that most Salesforce offices have dedicated Mindfulness zones. Employees set aside their phones in a basket as they enter these mindful zones, clear their minds, and embrace “shoshin” – beginner’s mindset, which encourages them to keep an open mind and reflect on any topic.

Marc is not the only Silicon Valley leader who swears by the value of mindfulness. Jack Dorsey- CEO Twitter, Bill Gates, and Jeff Weiner- Founder Linked In, also endorse mindfulness as a practice that changed their lives.

One must question why leaders of an industry that operate at the cutting edge of science believe in the ancient practice of mindfulness meditation. The answer lies in the story of a man – Matthieu Ricard –titled the happiest man in the world. Born in France, Matthieu was an award-winning molecular biologist when he visited Tibet for a research project. Deeply influenced by the culture and the kindness of Tibetan masters, Matthieu embraced Buddhism.

He meditated for over 20 years in the Himalayas. He returned to the west to partner with Dr. Richard Davidson ( University of Wisconsin) to examine the impact of meditation on the human brain. Dr. Davidson attached 256 sensors to Matthieu’s brain and asked him to meditate on compassion; the results stunned him.

Dr. Davidson shared that “Ricard’s brain produces a level of gamma waves – those linked to consciousness, attention, learning, and memory – never reported before in the neuroscience literature.” The scans showed significant activity in the brain’s left prefrontal cortex over its right counterpart, which gave him a large capacity for happiness and a significantly reduced capacity for negativity. The highlight of the study was that the benefits of meditation were not limited to long term practitioners, who did 50000 rounds of meditation. Individuals who meditated for twenty minutes a day for three weeks also started showing changes in the brains related to the reduction of stress and an increase in happiness.

Dr. Richardson’s study led to an explosion of studies on mindfulness and its impact on the brain. Let’s dive deeper into the research and see how meditation impacts the brain.

Our brain is made up of billions of nerve cells called neurons, which are different from regular cells because they can gather and send electrochemical signals. These neurons are a part of our central nervous system and communicate with each other using neural pathways. Think of them as highways within our bodies. Nature has already equipped us with most of the pathways needed for survival. However, our brain is continuously creating new pathways based on our thoughts and actions. So, the next time you are struggling to learn a skill and find yourself getting better with time, remember that it’s merely your brain creating neural pathways. This ability of the brain to create new pathways is called neuroplasticity.

Sara Lazar, a neuroscientist at Harvard, examined the brains of people with extensive meditation experience. The studies showed that meditation slows down or even prevents age-related thinning of the frontal cortex. We all assume that as we get old, we tend to get more forgetful. Sarah’s studies showed that those who meditated in their forties and fifties had the same amount of grey matter as those in their twenties and thirties.

The Role of Amygdala, Prefrontal Cortex, and Hippocampus

Most of us can relate to stressful situations at work or home. Have you ever observed yourself when you are faced with such situations? We start sweating, the breathing becomes heavier, and our fists are clenched. We are ready to either fight our way out of the situation or want to escape immediately. Why do we experience such feelings? Can we reprogram ourselves to manage such scenarios?

Psychologist Daniel Goleman explained this in his bestselling book Emotional Intelligence. Goleman highlighted that evolution programmed our brain to deal with threats rapidly. This was fantastic when all lived in the jungles. Imagine a situation where you are standing in a forest, and you hear the bushes rustling. Your ability to decide where to flee or fight will save your life.

We don’t live in a jungle today. While most of the threats we face today are symbolic, our brain doesn’t seem to know that. Whenever we encounter a situation, our neurons send the sensory information to two critical parts of the brain – the Amygdala and the pre-frontal cortex. The Amygdala releases adrenaline and cortisol, also known as stress hormones. They trigger physiological responses in your body, and you prepare to fight or run away from a situation.
The pre-frontal cortex deals with decision making and social behavior.

If your Amygdala determines a situation is a threat, it hijacks the brain before the pre-frontal cortex can respond. Daniel Goleman terms this scenario as Amygdala hijack.

Is there a way to rewire our brain to deal with stress effectively? Scientists found that mindful meditation strengthened the pre-frontal cortex and the Hippocampus. (The Hippocampus regulates the Amygdala, governs our emotions, and is responsible for learning and memories.)

Mindfulness meditation also reduced the density of grey matter in the Amygdala. This gives us much better control over our reactions during scenarios.

You can find a fantastic summary of the scientific studies of mindfulness here.

Hence, we can confidently say that meditation calms you down and gives you more control when faced with stressful situations.

I am sure you now understand why CEOs such as Marc Benioff, Jack Dorsey, Bill Gates, and Jeff Weiner love mindfulness. Who would say no to happier and more intelligent employees? However, the question remains on how anyone can practice mindfulness regularly.

The answer is simple. Black Lotus. Simply download the Black Lotus application on your mobile device and sign up for a free trial. Black Lotus is designed by Om Swami – one of the world’s foremost meditators and spiritual teachers. The application handholds you through the remarkable journey of self-transformation by using the RARE framework.

Reflect – You kick start your day with a guided meditation and breathing exercises designed with individual goals in mind.

Act – You are encouraged to perform random acts of kindness to help you give something back to the world.

Evaluate – You end the day with a thoughtful reflection that helps you with simple course corrections for transformative results.

Remember that even the most incredible journeys begin with the first step. You don’t need to invest thousands of hours in starting to see the benefits.

Download Black Lotus to meet a happier and more peaceful YOU.

Also, check how you can follow these three practices to become more mindfulness