Why Do Marriages Fail? 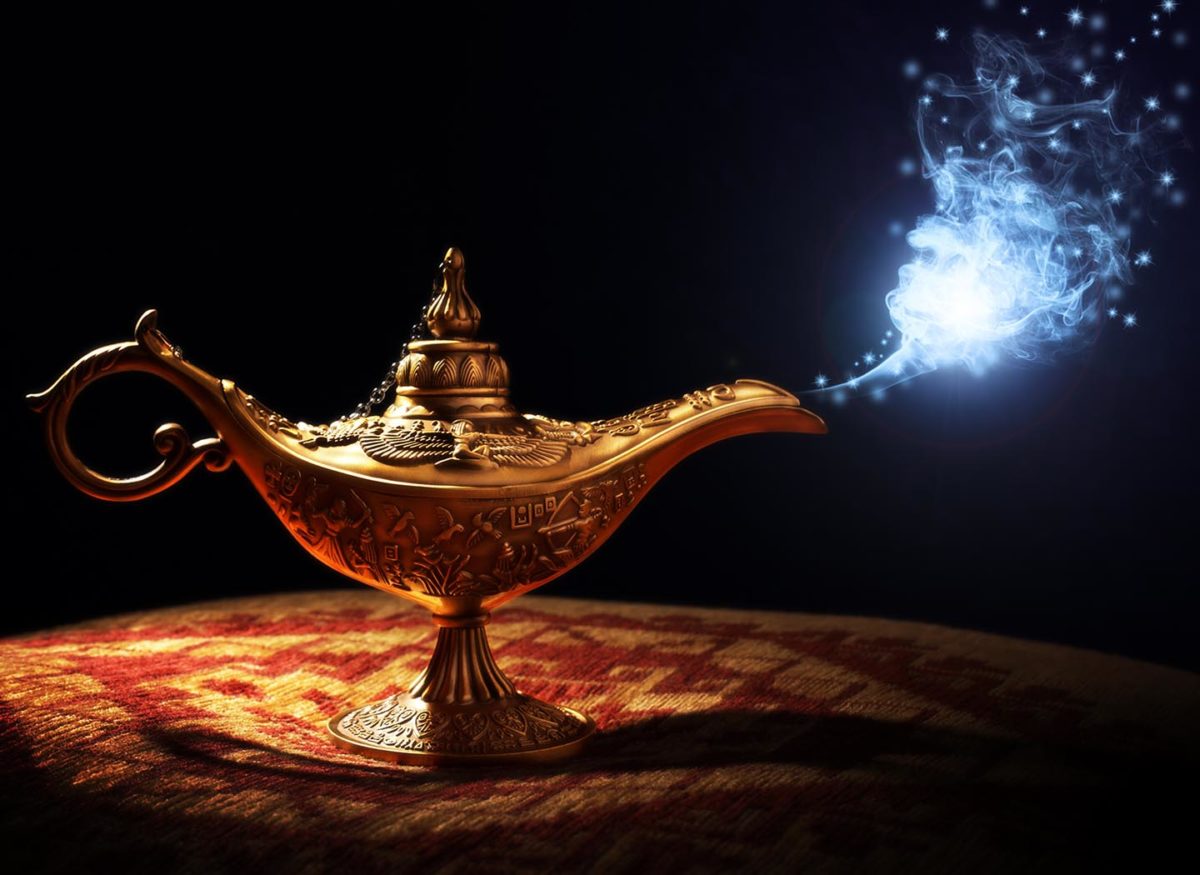 16 Dec Why Do Marriages Fail?

What do you think is the most important element in a marriage? The magic word is not love. Read on.

We used to have an amazing relationship. We dated for four years before we got married. I don’t remember having any arguments back then. I had no doubt that we were soul mates. But today, after just three years of marriage we are at the verge of divorce. I never thought this could happen to me. I’m sick and tired of arguing and asking and bickering. He never wants to spend time with me. He doesn’t listen to me. What went wrong, Swami? Why do marriages end up like this?

This is an abstract of what I received from a distressed reader a few weeks ago. I know what you mean, marriages are tricky and a lot of them end up in divorce. It needn’t be this way. Let me tell you a little story:

Once upon a time there was a little girl. She and her widower father used to perform a difficult feat in a circus. The father would balance a 20 feet long bamboo pole on his forehead and the girl would climb up the pole eventually standing on it on one foot (as easy as any marriage, basically). Once done, the father would walk around while the girl stayed on top of the pole. He worried about his daughter’s safety every time they did this act.

“I’ve told you a million times,” he said to her, “that, you must keep an eye on me. I’m always watching you so I may balance the pole. You should watch me as well so we may avoid any casualty. You are all I have.”

“No, father, no,” she replied wisely. “During the performance, you take care of your part and I’ll take care of mine. We must not distract ourselves by watching each other. You focus on what you have to do. Stay very stable, very alert and I’ll concentrate on what I must do. This is the only way we are going to pull off this feat every time.”

The father was not convinced so they approached Buddha who concluded that the girl was right.

In a marriage, or in any other relationship for that matter, you must take responsibility for your own actions. The other person is not responsible for making you feel happy and good all the time. Let me ask you a question: why did you get married? Did you marry because you wanted to fill someone’s life with happiness or because you wanted to have someone in your life? Perhaps both, but mostly the latter. Besides, your definition of filling another person’s life with happiness may be very different to theirs. You may want to fill her fridge with mangoes whereas she may want papaya.

Most people marry with the primary intent of satisfying their own needs. You want someone who could take care of you, be there for you, someone with whom you could share your everything and so on. There is nothing wrong with it. It’s just that it’s a little impractical at times. When marriage becomes a contract of responsibility in which the other person is constantly watching out for you, such a marriage is doomed to failure. Why? Because one day he or she will get tired. And, when they get tired, they’ll look for other avenues of happiness and joy, they’ll like to be elsewhere where they can rest and recuperate.

A sense of tiredness creates distance in a relationship.

The major difference between courtship and marriage is expectations two partners have from each other. While dating, you request each other and you give each other personal space. You probably see each other over the weekends or even if you are in a live-in, you maintain other meaningful relationships too. During courtship, you ask your partner if he or she would like to join you for dinner, for example. If they say no, you don’t get upset or start yelling. Very lovingly, you say, “Okay, no worries. We’ll do it some other day,” and so on.

But after marriage, this soft tone is taken over by a sense of ownership, of possessiveness. When requests turn into demands, that is when a marriage starts to come apart at the seams. A demanding relationship is not the same as a relationship full of demands. I would like to quote (with minor changes) Marshall Rosenberg:

Our requests are received as demands when others believe they will be blamed or punished if they do not comply. When people hear a demand, they see only two options: submission or rebellion. Either way, the person requesting is perceived as coercive, and the listener’s capacity to respond compassionately is diminished.

The more we have in the past blamed, punished, or “laid guilt trips” on others when they haven’t responded to our requests, the higher the likelihood that our requests will now be heard as demands. To tell if it’s a demand or a request, observe what the speaker does if the request is not complied with. For example:

Jack says to his friend Jane, “I’m lonely and would like you to spend the evening with me.”
Is that a request or a demand? The answer is that we don’t know until we see how Jack treats Jane if she doesn’t comply.

Suppose she replies, “Jack, I’m really tired.”
If Jack then remarks, “How typical of you to be so selfish!” his request was in fact a demand. Instead of empathizing with her need to rest, he has blamed her.
(Nonviolent Communication: A Language of Life)

If you really want to make your marriage work then you must forget all about being possessive. Give freedom to each other so that you may create a positive environment that’s conducive to mutual growth. In that free environment, love and friendship will flourish like creepers do on strong trees. Of all the people you miss, do you miss those who were happy and fun to have around or those who were demanding and clingy?

If you want hukum mere aaka, your wish is my command, type of partner then I suggest you should get a magical lamp, like the one Alladin had (pictured above).

If you are married to a human, however, and you want your partner to love you, miss you and spend time with you then you will have to respect their personal space. You’ll have to set them free and you’ll have to stop making demands. Too many have-tos, I know (I never said, marriage was easy.) While marriage or love is about being yourself, it is not so at the cost of the other person. Sometimes, in the liberties we take, we hurt the other person. Bad idea. How do you carry yourself at work? Do you argue with your bosses or colleagues? Hopefully not. Why? Because you know you have to behave a certain way or your employment will end.

The scene is not much different at home. A common view is that because I work all day, I don’t have to do anything when I get home. This is a mistake. Marriage too requires a lot of work. Marriage is also about a commitment you make to yourself and each other about how you are going to conduct yourself and your affairs (pun intended). Together and individually. Or, the other way is let loose. Give each other freedom and learn to lead individual lives outside of work (and home) as well. If you are positive and happy, and not controlling and demanding, your partner will want to spend more time with you. What if he still doesn’t, you ask? Then at least, you will have peace at heart that you are not hurting anyone.

Because, let me tell you, out of everything you can have in this world, what people want the most is not love, friendship or wealth. What they want is freedom. It’s priceless. People acquire wealth so they may have the freedom to do a lot of things. Even the most insecure or possessive people who cling to someone, they do that so they may feel free to be however they want to be with that person. Think about it: what do you hope to accomplish by clipping someone’s freedom? If you want to experience love, set them free.

When a bird feels safe and happy in a nest, no matter how far it flies off, it’ll always come back and perch on the same tree, sleep in the same nest. We are the most intelligent but most troubled race because we are not just territorial, possessive and self-centered (all animals are), we are also manipulative. We think we can dupe the other person or control them. We think we can somehow give them so much that they would never want anything or anyone else in life. Wishful thinking. Love knows no manipulation.

The birds fly free in the sky, cows graze freely on the prairies, lions roam majestically in the woods, bees flit from one flower to another without fear, and, we, the most advanced race, want a sense of belonging by taking away the most fundamental right of every human being? Freedom. No wonder we are so destructive too. The opposite of freedom is not bondage, it’s destruction. Whatever you want to destroy, take away the freedom from it. Each one of us is a sovereign of our own world.

Love only knows care, it only knows service and ultimately, it only understands freedom, for, freedom is the only emotion that completes you eventually, that makes you feel human. It is utterly liberating. And please, the phrase is soul mate, not sole mate. And, by sole I don’t mean the undersurface of your foot, I’m solely using it as an adjective.

Someone asked Mulla Nasrudin when he was elected as a mayor, “Sir, do you drink alcohol?”
“Is that an accusation or invitation?” Mulla said.
“It’s just a question, sir, ” he replied.
“Oh,” Mulla chuckled. “What’s the fun then?”

I could have answered my reader’s question in one word: divorce. Or in two words: grow up. Or in three words: this is marriage. Or in four words: what were you expecting? But, I thought, what’s the fun then?

Don’t take yourself too seriously; it’s a disease.