Economic Times covers Black Lotus to answer the question ‘How to get more productive? Try this meditation app.’
indiatimes 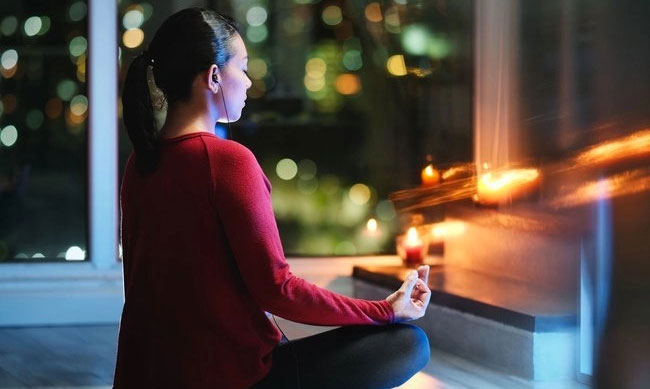 01 Oct Economic Times covers Black Lotus to answer the question ‘How to get more productive? Try this meditation app.’
indiatimes

Posted at 18:15h in by BlacklotusApp_HP 0 Comments
0 Likes

As the pandemic continues to roil the country, the level of stress, anxiety, and worry that an individual faces has increased manifold. As uncertainty increases, the nervous tension can take a toll on health and productivity.

Meditation, which looks to harness the power of mindfulness, can be an important part of solving the problem. For many, meditation and training our mind and body may be in the realm of spirituality, but as the pressure of everyday life becomes tough to handle, mindfulness can be very beneficial. And as with everything today, meditation comes dressed in the form of apps.

“We all have potential, but not all of us live up to our potential. If in terms of Vedic sciences, meditation was your state of super consciousness, then my idea of meditation is to live up to your potential at all times,” says Om Swami. Swami is a tech entrepreneur turned monk and has combined his knowledge of technology and mysticism to develop the Black Lotus meditation app in 2019.

With the pandemic increasing the level of stress for many, Swami says meditation can make you calmer, it makes you more aware, it makes you more effective, and it makes you more mindful. “Stress means there is something happening in our life that we cannot handle the way we like, and then that is how we feel stressed. If I can handle it better, I would be less stressed. And that is the reason in a home, under exactly the same situations, circumstances, two people have a very different reaction and stress levels,” says Swami.

Being aware
Swami says the actual goal behind the Black Lotus app is to make people aware of genuine meditation and not just based on talk and hearsay. “With intense good meditation, even if you spend just a few minutes every day, you can elevate your consciousness which leads to better memory, better productivity, better efficiency, even better appetite, better sleep. Everything that you do in your life becomes more effective with good meditation. And Black Lotus helps you do that – good meditation,” says Swami.

Explaining the workings of the app, Swami says it has guided meditations that look to handhold the user. Based on his years of experience, Swami says just sitting down in meditation is rarely enough; there are other things that are needed to reinforce that meditation. “For that, we have this framework called RARE, which is Reflect, Act, Reinforce, and Evaluate. So throughout the day we only expect the user to spend 15-17 minutes maximum a day. Sprinkled throughout the day, these activities help them become an expert meditator, and they can measure their progress. We even have a path where they can see how they are trending and how they are progressing on the path of meditation,” says Swami.

One of the greatest components of our everyday life is the demand from our digital devices. Apps in our mobile phones take a lot of our time and bring out varied emotions. Having an app for meditation, therefore, almost seems counterproductive.

“Well, it’s quite a reasonable challenge, no doubt about it. And that is the whole reason there’s an app for it. If you would spend your time on other apps that will not yield much, you might as well spend your time on this. Because there is a basic human tendency which few people realize, but all psychologists know it – it is very hard to kill a habit. But it is much easier to replace a habit. If you replace any of your habits with a good habit, the old habits will disappear on their own. So we are replacing your online time with quality online time, which makes you more mindful, kinder, and just overall a more effective person,” says Swami.

In its early days, the app is seeing some ardent followers. Indian Chess Grandmaster Vidit Gujrathi has been following Swami’s blogs closely for some time, and that is where he found out about the Black Lotus app. “I tried it out for a couple of days, but then I stopped. It was after a visit to Sri Badrika Ashram in May last year that I started using it again. The people I met at the Ashram were using it, and their experiences probably influenced me a little. Since then, I have not looked back,” says Gujrathi.

For the Chess Grandmaster, the app has impacted both his game and his life. After using it every day, Gujrathi says he noticed that whenever he felt low, a story about a Random Act of Kindness (Rak) would put him in a positive frame of mind. “I think there are scientific studies that say even if you observe an act of kindness, it also evokes the same emotions in you as you would feel if you did the kind act yourself. That’s what I noticed in myself. Then I started using the guided meditation on the app and managed a streak of 180 days – which is nothing because the app has users who have been doing it for over 600 days,” says Gujrathi.

Gujrathi says he meditated with the BL app every day, and it helped him get rid of the stress and be ready for tournaments in the right frame of mind. “Its impact has been gradual. As they say, change comes in tiny immeasurable units,” says Gujrathi.

Not alone
Black Lotus operates in a space that has strong competitors. California-based apps like Calm and Headspace have been wildly popular, but Swami says his app has some real differentiation.

He adds that it’s for people who really want to see what meditation can do for them. Otherwise, if it’s just about feeling good for about 5 to 7 minutes, Swami says you may as well put on your most favourite song, or a bhajan, or some lullaby and listen to that.

“And those apps were not designed with an Indian audience in mind. And we gave the world meditation. So in India, it was about time that we paid attention to our environment, our users, our user base here, and created something that took into account the everyday challenges of most people and not just slapping on a simple sleep module or just funny animations. Not intending to point at anybody, but we are the real deal here,” says Swami.

India is the spiritual capital of the world, but ironically it is Silicon Valley that has combined the power of wisdom and tech and packaged it in a neat app. “We gave the world Ayurveda, we created yoga, but we rarely get the credit for it. When it comes to the proliferation of technology or mass adoption, other countries are more startup-friendly,” says Swami.

He adds that these countries have been able to pour venture capital and fully support a startup even in the mediation space. In India, meditation is still in the realm of spirituality and not in the domain of technology or business. “Although we have access to capital in India, are Indian investors or other VCs open to investing in meditation apps? So, the good news is that we have had some activity on that front. We’ve had people interested, so we will change this, we will be on the forefront,” says Swami.

The full article can be found in this link.